We are OPEN and SHIPPING - click here for shipping estimates
PRE-SUMMER CYBER SALE EXTENDED thru 6/1 ~ Over 2,500 items up to 90% off
At Any Price: How America Betrayed My Kidnapped Daughters for Saudi Oil - eBook
By: Patricia Roush 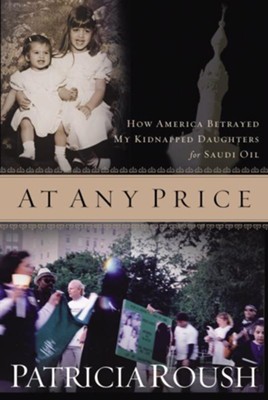 At Any Price: How America Betrayed My Kidnapped Daughters for Saudi Oil - eBook

Patricia Roush's girls were kidnapped more than 16 years ago and taken by their Saudi father, who they hardly knew, to the kingdom of Saudi Arabia. They were three and seven at the time. At Any Price is the story of her fight to get them back from a father with a documented history of severe mental illnesses and violent tendencies. In the midst of this tragic set of circumstances was a bigger problem-an ongoing, demoralizing struggle with the U.S. government and the Saudi kingdom to reunite her with her children.

At Any Price reveals the desperate and risky attempts for rescue that slip again and again from Patricia's grasp. This personal story of bravery, courage, and faith will warm and inspire readers.

▼▲
I'm the author/artist and I want to review At Any Price: How America Betrayed My Kidnapped Daughters for Saudi Oil - eBook.
Back
×
Back
×