Skip to main content
SPRING CYBER EVENT STARTS NOW: And it's a really BIG deal! Up to 88% off through 5/24>
America and the Challenges of Religious Diversity
By: Robert Wuthnow
Stock No: WW134116 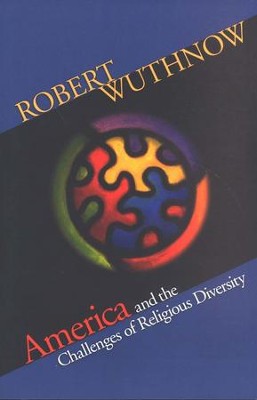 America and the Challenges of Religious Diversity

▼▲
Muslims, Hindus, Buddhists, and adherents of other non-Western religions have become a significant presence in the United States in recent years. Yet many Americans continue to regard the United States as a Christian society. How are we adapting to the new diversity? Do we casually announce that we "respect" the faiths of non-Christians without understanding much about those faiths? Are we willing to do the hard work required to achieve genuine religious pluralism?

Award-winning author Robert Wuthnow tackles these and other difficult questions surrounding religious diversity and does so with his characteristic rigor and style. America and the Challenges of Religious Diversity looks not only at how we have adapted to diversity in the past, but at the ways rank-and-file Americans, clergy, and other community leaders are responding today. Drawing from a new national survey and hundreds of in-depth qualitative interviews, this book is the first systematic effort to assess how well the nation is meeting the current challenges of religious and cultural diversity.

The results, Wuthnow argues, are both encouraging and sobering---encouraging because most Americans do recognize the right of diverse groups to worship freely, but sobering because few Americans have bothered to learn much about religions other than their own or to engage in constructive interreligious dialogue. Wuthnow contends that responses to religious diversity are fundamentally deeper than polite discussions about civil liberties and tolerance would suggest. Rather, he writes, religious diversity strikes us at the very core of our personal and national theologies. Only by understanding this important dimension of our culture will we be able to move toward a more reflective approach to religious pluralism.

▼▲
"This book is one of Wuthnow's best. He lends his fine-grained analysis to a topic that is at the heart of the experiment called American democracy: how people manage the idea that religion should be about the one true faith with their desire to welcome faiths other than their own." -Alan Wolfe, Boston College

"This is a wonderful book. I know of no other works that interrogate the contradictions between the historical sense many Americans hold that America is a 'Christian nation' and the current realities and challenges of religious diversity and pluralism. It is a very thorough, penetrating examination of a topic that requires immediate attention." -Lynn Davidman, Brown University

▼▲
Robert Wuthnow is the Gerhard R. Andlinger '52 Professor of Sociology and Director of the Center for the Study of Religion at Princeton University. His previous books include After the Baby Boomers, Saving America? Faith-Based Services and the Future of Civil Society; Creative Spirituality: The Way of the Artist; and Loose Connections: Joining Together in America's Fragmented Communities.

▼▲
I'm the author/artist and I want to review America and the Challenges of Religious Diversity.
Back
Back