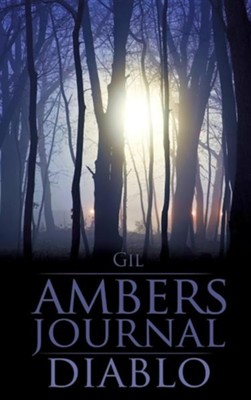 ▼▲
AMBER'S JOURNAL The aliens hovered in orbit around the Earth, silent and uncommunicative, until the world governments decided to do something. When their ships had been reduced to one, they struck, throwing the planet into the Dark Ages by wiping out power, communication, commerce, and in the wake of destruction, morality. That morning, John was a construction worker on his way to a job. By evening, he was racing back across the state to make sure his family was all right, and rescuing innocent people from men who cast aside their consciences with their cell phones. His companion in his journey was Amber, a college student trying to get home on a scooter, the perfect target for the animals now roaming the highways. Together, they learned to survive in a dog-eat-dog world, finding pockets of humanity where people still believed in God and held out their hands to help. DIABLO Ten years after the aliens struck, John regained his awareness in a brutal mining pit, enslaved by the aliens' mind control and the harsh conditions. He played their games and took his chances, and broke free, carrying samples of the red stones the aliens sought. Somewhere out in the world, someone had the technology to figure out what those stones were, and how to use them to destroy the aliens. In his journey, he learned how the rest of the world had survived the last ten years -- some working together, others by brutalizing and enslaving those around them. Almost reluctantly, he became the hero and rescuer and leader he never thought he could be. And when the chance came to fight back against the aliens, it was at the risk of everything and everyone he had come to love.

▼▲
I'm the author/artist and I want to review Ambers Journal/Diablo.
Back