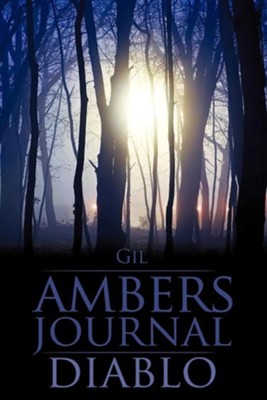 ▼▲
The aliens hovered in orbit around the Earth, silent and uncommunicative, until the world governments decided to do something. When their ships had been reduced to one, they struck, throwing the planet into the Dark Ages by wiping out power, communication, commerce, and in the wake of destruction, morality. That morning, John was a construction worker on his way to a job. By evening, he was racing back across the state to make sure his family was all right, and rescuing innocent people from men who cast aside their consciences with their cell phones. His companion in his journey was Amber, a college student trying to get home on a scooter, the perfect target for the animals now roaming the highways. Together, they learned to survive in a dog-eat-dog world, finding pockets of humanity where people still believed in God and held out their hands to help.

▼▲
I'm the author/artist and I want to review Ambers Journal/Diabl.
Back