We are OPEN and SHIPPING - click here for shipping estimates
Amberly
By: Mary Elizabeth Hall 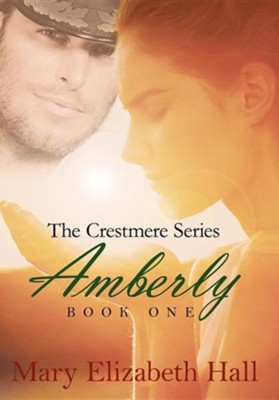 ▼▲
"MARY WEAVES MAGIC WITH WORDS. ROMANTIC, FUNNY, BIGGER-THAN-LIFE CHARACTERS TAKE YOU ON A WHIRLWIND JOURNEY TO A PERFECT ENDING." -Dianne Price, Author of Seahedge, Shadowtide, and Proud Captive In a world that might have been... Snatched by coldblooded enemies as a declaration of war, Eleanor Williamston finds herself caught in a deadly snare-miles from home and lost in the wilderness. Her heart is drawn to the handsome palace guardsman who rescues her, but is torn when he challenges her political ideals-and then reveals something he's kept hidden that will make her choice even more difficult. Marsten longs for a God-fearing wife, but cannot marry the lady he desires. The sassy young schoolteacher he rescues catches his eye, but he fears she'll turn out to be like the beautiful women who've broken his trust in the past. Journey with them through the spectacular but treacherous Aspian Mountains while they evade enemy pursuit and wrestle through the challenges of wilderness and budding love, only to run headlong into Ellie's anti-royalist family-and a whole new onslaught of foes. "AN UNFORGETTABLE JOURNEY...THE CHARACTERS COME ALIVE IN A RIVETING STORY WOVEN WITH RICHLY CRAFTED LANGUAGE." -Michael K. Brown, Atlanta Writers' Club "VERY ENJOYABLE TO READ " -Jane Simerman, American Christian Fiction Writers

▼▲
I'm the author/artist and I want to review Amberly.
Back
×