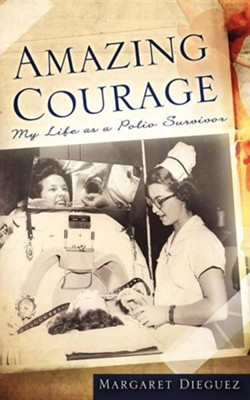 ▼▲
The year was 1952 ..and in one moment that summer my life was changed forever.A dreaded virus was running rampant throughout the United States. Technically calledinfantile paralysis, this virus was more commonly known as polio. There had been sixtythousand documented cases and three thousand deaths that year, the last big epidemicbefore Dr. Jonas Salk discovered his vaccine.At fifteen years old I was diagnosed with this disease that the entire United States feared.My story is one of finding a way to overcome everyday problems posing monumentalobstacles. After forty days in an iron lung; in an isolation ward for five months and eightmonths of rehabilitation, and being unable to use my arms and legs normally I had manychallenges. Learning to walk again I married and had children but soon I was aloneraising a six year old son and two year old daughter. It is my belief that my life has beenwhat it was supposed to be. I believe I have lived life to the fullest and for that I amforever grateful for all the amazing people who helped me along the way and the amazingGod who made it all possibleCourageThe measure of one 's courage should not be judgedalone by how tall a mountain is but also by how tall was themountain to the one who climbed it. Robert F Dieguez

▼▲
I'm the author/artist and I want to review Amazing Courage.
Back
×