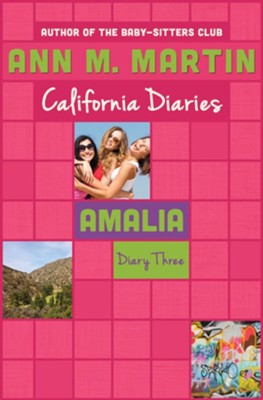 ▼▲
One moment—that’s all it takes to lose faith in everyone
Amalia’s grades have been slipping. She’s been worried about Maggie, whose mom’s drinking has gotten out of control. At least Amalia and her new boyfriend, Brendan, are getting along great—on a movie date, she even kisses him for the first time. But then, while she is waiting outside the theater, several drunk girls assault her and call her racist names.
Shaken, Amalia can’t help thinking that maybe Palo City isn’t the place she thought it was. She begins to shut down—and shut out Brendan and her friends. Planning her parents’ twenty-fifth anniversary party, she starts to wonder if she should even invite her extended Hispanic family to this town. Can her friends and boyfriend reassure her that she belongs in the same world as they do?
This ebook features an illustrated personal history of Ann M. Martin, including rare images from the author’s collection.

▼▲
Ann M. Martin grew up in Princeton, New Jersey. After attending Smith College, where she studied education and psychology, she became a teacher at a small elementary school in Connecticut. Martin also worked as an editor of children’s books before she began writing full time. Martin is best known for the Baby-Sitters Club series, which has sold over one hundred seventy million copies. Her novel A Corner of the Universe won a Newbery Honor in 2003. In 1990, she cofounded the Lisa Libraries, which donates new children’s books to organizations in underserved areas. Martin lives in upstate New York with her three cats.

▼▲
I'm the author/artist and I want to review Amalia: Diary Three - eBook.
Back
×
Back
×