Skip to main content
I Am a Survivor and So Are You
By: Catherine Beebe
Stock No: WW391527 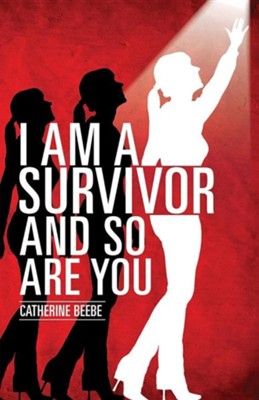 I Am a Survivor and So Are You

▼▲
Catherine was born and raised in South Carolina; she later migrated to New York City, where she began her life. She currently resides in Astoria, New York with her husband Robert Beebe Sr. Catherine and Robert are blessed to have their six daughters, and four sons along with twenty-two grand children all in arms reach in the City of New York. Catherine also opened her home to children who were less fortunate than she was. In April of 1981, Catherine heard the gospel preached and rededicated her life to Christ, under the leadership of Bishop Fred Sanders at Victory Deliverance Church of our Lord of the Apostolic Faith. Catherine have received specialized training in Christian Leadership, Ushering, Choir Directress, Armor Bearer, Missionary and Evangelism. She has served on the Mother's Board as well. Catherine also served as Co-Pastor and was the designated driver for the late Bishop William Johnson and the Ministerial Staff. Which in part resulted in she and her husband becoming the senior pastors of their own ministry, Shiloh Kingdom Deliverance International Ministries Inc. In 2011 Catherine was blessed to be elevated to the office of Apostle in The Lord's Church. If you want it made to wear, go to Catherine, a tailor second to none. Apostle Catherine is also a Prophetess in her own right.

▼▲
I'm the author/artist and I want to review I Am a Survivor and So Are You.
Back