Skip to main content
SPRING CYBER EVENT STARTS NOW: And it's a really BIG deal! Up to 88% off through 5/24>
Always A Brother
By: Michael Shenk
Stock No: WW327225 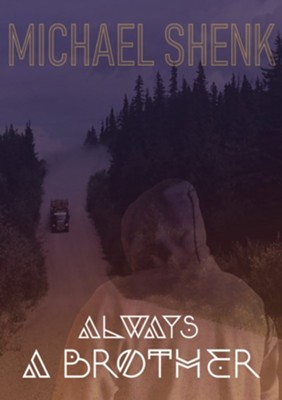 Who is Johnny Amund? He would describe himself as a frustrated man, a log-truck driver and mediocre employee. Mary Amund would explain it differently; the serious and purposeful young man she married has been dealt blows that are twisting him into a bitter recluse who doesn’t seem to care anymore.

An altercation at work gets Johnny’s attention and embarrassed, he evaluates his lifestyle and choices. Johnny realizes his life and marriage are worth saving and begins trying. Mary is ecstatic to see changes in her husband and is encouraged by her father to stick with the big trucker. When logging operations are shut-down during fire season, they take a trip and Johnny realizes what he has been taking for granted--a caring wife who has supported him through his pain and anger. Staggered by the sadness and loss his actions have caused, and how close he is to losing her, Johnny sets his mind to make things right.

The changes in Johnny are noticed and appreciated by his boss and coworkers and friendships grow. When a violent abduction of a newly hired trucker occurs, Johnny is surprised at how swiftly he moves from spectator to active participant, and the measure of trust he has recently earned propels him into new responsibility. Reflection on training he received as a child helps Johnny become the solid and caring person he used to be.

Unanswered questions abound regarding the abduction and through the busy winter, fear and uncertainty in the company give Johnny and Mary opportunity to share their growing strength with coworkers and in doing so, build rich friendships. At the same time, circumstances from Johnny’s past loom large. Mary helps him as he does his best to remember the positive and not obsess about the unknown. But when an unexpected and tragic message from the past arrives, Mary worries their newfound happiness will not survive.

Set in the beautiful Central Interior of British Columbia, this story revolves around an old Norse proverb and a young man with no blood family who reclaims his life and in doing so becomes the true brother he was expected to be.

At four years old, Michael Shenk dreamed he would learn to read, fly airplanes and write books. Reading at 5 and flying at 17, Michael is now working to write a bestseller. Michael has enjoyed living in 3 states and 2 provinces. He lives in Central British Columbia with his wife where their home and refrigerator are always open to friends and family. Michael adores his wife and children and is proud of them every day. Always a Brother is Michael’s debut novel and he hopes you enjoy the story

▼▲
I'm the author/artist and I want to review Always A Brother.
Back