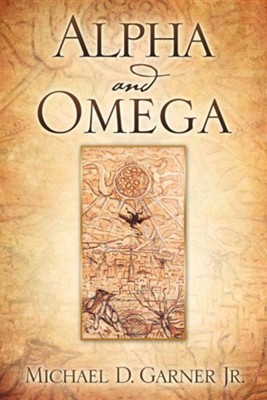 ▼▲
My name is Michael D. Garner Jr. and I have always been fascinated by the supernatural, especially by God and what he stands for. I was inspired to write this several years ago when I was watching a television program and one of the characters in the program said that there was no God or angels and then it hit me like a bolt of lightning. What if God and his angels were portrayed as they truly are which is powerful and majestic? I believe it would be great to portray God with his army of loyal angels doing battle against Satan and his angels and also Jesus making his triumphant return and defeat Satan once and for all. I have written this story not to add or take away from the Bible but to try and put a descriptive and beautiful picture to what may have happened in Heaven and what could happen in the final battle here on Earth.My story Alpha and Omega is a super natural action based story which draws its background from the Holy Bible and will open with the beginning in Heaven and the ongoing creation of Earth. However, sin begins with an angel named Lucifer who would soon become known as Satan which sparks the war in Heaven between the angels loyal to God and those angels loyal to Satan. This first war will lead Archangel Michael to face off against Satan in an epic struggle between good and evil. Alpha and Omega will end with Jesus' return leading God's army of angels against Satan's army of demons which will also lead to the final climactic battle between Jesus and Satan. This story is filled with angels, demons, beasts, sword clashing and more, which will provide a detailed image to the reader.

▼▲
I'm the author/artist and I want to review Alpha and Omega.
Back