We are OPEN and SHIPPING - click here for shipping estimates
PRE-SUMMER CYBER SALE EXTENDED thru 6/1 ~ Over 2,500 items up to 90% off
Almost Home
By: Jim Sides 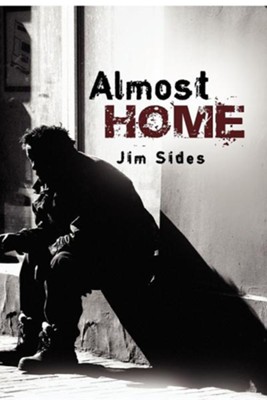 ▼▲
Jim Sides draws upon a lifetime of experiences to dovetail stories taking place on opposite sides of the world. Through tragedy, misfortune, and international intrigue the participants discover the difference between head knowledge and heart knowledge. That difference is the great divide illustrated most critically in the matter of a personal relationship with the Lord Jesus Christ. The story opens with the hijacking of a Japanese airliner carrying a double agent to North Korea in 1969. Events in both Koreas become interspersed with the story of a spiritual transformation in the United States where the derelict Edwin Scruggs and the outwardly successful Reverend Reagan Ainsworth discover what it means to live true Christianity. The death of Scruggs brings into focus the priorities of Ainsworth, Daniels, the mission worker Betty Hodges, and the pompously religious Paul Johnson. Even after his death Edwin Scruggs serves as a guide to the way home. Tension between right and wrong in the arenas of leadership, sovereignty of nations, personal morality, and the need for worldwide understanding and brotherhood is evident; the importance of relationships is woven into the narrative from beginning to end. Nearly all of the events are based on fact, although they have been fictionalized for the telling. Jim Sides received the Bachelor of Music Education degree in 1965 from Mars Hill College, Mars Hill, NC, and holds the Master of Church Music (1967) and Doctor of Musical Arts (1982) from Southwestern Seminary, Fort Worth, TX. From 1967-1971 he served on active duty as an Air Force Administrative Officer, with assignments in Florida, South Korea, and Illinois. He has served churches in the southeastern United States for thirty years and was on college music faculties for seven years.

▼▲
I'm the author/artist and I want to review Almost Home.
Back
×