We are OPEN and SHIPPING - click here for shipping estimates
PRE-SUMMER CYBER SALE EXTENDED thru 6/1 ~ Over 2,500 items up to 90% off
Allegiance - eBook
By: Bud Rogers 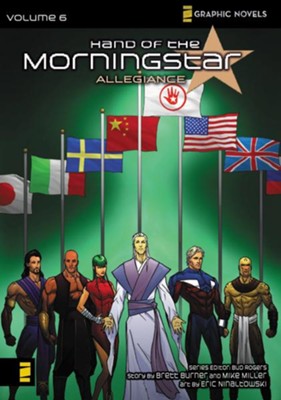 By: Bud Rogers
More in Hand of the Morningstar Series
Zondervan / 2011 / ePub
Write a Review
In Stock
Stock No: WW9749EB

▼▲
Bud Rogers is a cartoonist and editor and has been very active in the Christian comics community for the past fifteen years. Bud uses his organizational and management skills to assist artists and writers in realizing their creative visions.

▼▲
I'm the author/artist and I want to review Allegiance - eBook.
Back
×
Back
×