Skip to main content
All In: What It Takes to Be the Best - eBook
By: Gene Chizik, David Thomas, Mack Brown
Stock No: WW18699EB 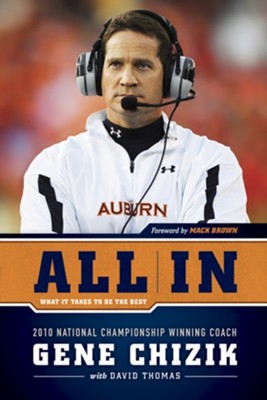 All In: What It Takes to Be the Best - eBook

▼▲
I'm the author/artist and I want to review All In: What It Takes to Be the Best - eBook.
Back
Back