Skip to main content
All Through the Night - eBook
By: Davis Bunn
Stock No: WW10054EB 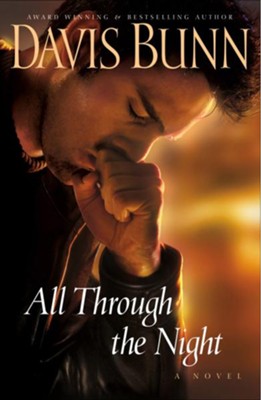 All Through the Night - eBook

▼▲
Wayne, scarred physically and emotionally, has a background in special-ops he's trying to forget. But he gets his arm twisted into helping a quirky group of seniors who've been scammed out of their retirement. Breaching the con man's high-security island estate, Wayne recovers the stolen money in an action sequence worthy of a Hollywood blockbuster. Case closed. Or is this just the beginning?

▼▲
Wayne, scarred physically and emotionally, has a background in special-ops he's trying to forget. But he gets his arm twisted into helping a quirky group of seniors who've been scammed out of their retirement. Breaching the con man's high-security island estate, Wayne recovers the stolen money in an action sequence worthy of a Hollywood blockbuster. Case closed.
A savvy young lawyer, though, is intrigued by Wayne's success and wants to hire him to crack another puzzling case. Tatyana's wealthy employer thinks he's been visited by...an angel? Did a messenger from God in a pinstripe suit truly bring a divine warning, or is this merely another cruel hoax?
As the two battle unknown enemies within and without, Tatyana fears for her boss's life. She must trust Wayne to solve the mystery, but can she trust him with her heart? Wayne's cynical veneer begins to crack as Tatyana's confidence allows a chance to glimpse himself in a new light. What if he were visited by an angel? With a whispered message, a world of possibilities unfolds.

▼▲
Davis Bunn, the author of twenty bestsellers, has received numerous accolades, including three Christy Awards for excellence in fiction. His books have sold more than six million copies in sixteen languages. He and his wife, Isabella, make their home near Oxford, England, where they teach and write. Davis serves as Writer In Residence at Regent's Park College, Oxford University, and is a member of the British Academy of Film and Television Arts.

▼▲
Davis Bunn has given readers another fascinating tale of suspense in All Through the Night. Wayne Grusza might need the job, but he didnt want it. However, to please his sister, one of the few intact relationships left in his life, he agrees to serve as an accountant in a case of fraud committed against a Christian retirement community. Suddenly his skills as a warrior become more important than his skills as accountant as the community is about to be seized. Along the way Wayne finds himself developing friendships with Jerry the retired cop, Foster the cynic, Victoria the Bible lady, and Julio the punk. After this, the beautiful Tatyana hires him for another strange job requiring a warriors skills, a job directed by an angel.

Bunn weaves a suspenseful tale around the idea of what Gods warrior would be like. Instead of the loner he has been, Wayne becomes the defender of good people. Bunn draws on I Chronicles 20:1 to lay down the warrior theme. While Wayne leads his desperate fellow warriors, he finds himself turning for counsel to elderly Victoria who is fighting the battles on her knees.

All Through the Night is well-written, entertaining, and suspenseful. The characters, especially Wayne, are well drawn and quirky individuals. Bunn brings them together and unifies them in an exciting manner which comes across as believable. He crafts a delightful twist at the end. The characters would appeal to both male and female readers. -- Debbie Wilson, www.ChristianBookPreviews.com

▼▲
I'm the author/artist and I want to review All Through the Night - eBook.
Back
Back