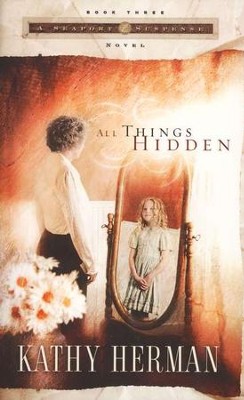 ▼▲
Ellen Jones gets a disturbing call from her elderly father's neighbor and must face the fact that her father's mind is slipping and he has reached the stage where he's not safe living alone. Lawrence is having trouble remembering many things, just not the one thing that he's held against Ellen for nearly forty years!

Ellen Jones’s hands are full after she begrudgingly brings her aging father to Seaport. Lawrence’s memory is failing—though he can’t seem to forget what he’s been holding against Ellen for the past forty years. But when he’s diagnosed with Alzheimer’s, Ellen realizes she never released her resentment and it’s too late for reconciliation. Then suddenly—literally overnight—her son, Owen, comes face-to-face with the consequences of his wilder days gone by. No one is prepared for the changes he, and the entire family, will have to make as a result. The past weighing heavily in the present, a clean start is out of the question for both Ellen and Owen. How can God heal their deepest wounds? Enter the least expected person of the bunch&hellip; Can secrets kill?

Ellen Jones gets a disturbing call from her elderly father’s neighbor and must face the fact that her father, Lawrence, is no longer safe living alone. Ellen resents that he forgets the simplest of details and yet remembers the one thing he’s held against her for the past forty years. Her being his caregiver is out of the question.

Ellen and her husband Guy pair up their fathers to share an apartment in a nearby retirement community. The setup seems ideal until Lawrence wanders off...right past the scene of a murder. Did he see something? He can’t quite remember... but the killer doesn’t know that!

Just when Lawrence is diagnosed with Alzheimer’s and Ellen realizes there’s no chance they’ll ever be reconciled, a shocking secret surfaces from her son Owen’s past that drops her to her knees. Ellen is desperate for a miracle. Will God intervene and erase the consequences of past mistakes—or does He have an even better plan?

"I was twenty-seven when I gave my heart to Jesus. And twenty-nine years later, I’m still realizing the long-term consequences of some of the choices I made during the years I was enslaved to sin. The words of Galatians 6:7, "Do not be deceived. God cannot be mocked. A man reaps what he sows," are as true today as when the apostle Paul wrote them. In the writing of All Things Hidden, my goal was to create unforgettable characters caught in the throes of overwhelming consequences, and enable us to watch the response of a merciful God not to remove their struggle, but to walk with them through the pain and redeem it for His glory."

▼▲
Kathy Herman is an award-winning poet and bestselling novelist who is very much at home in the Christian publishing industry, having served on staff at the Christian Booksellers Association for five years. She has drawn on her eleven years of bookstore experience as a children’s products specialist to conduct related seminars in the U.S. and Canada. She has helped develop public school character-building curriculum and has also been a preliminary judge for the ECPA Gold Medallion Awards. Kathy and her husband, Paul, residents of Tyler, Texas, have three grown children and five grandchildren.

▼▲
I'm the author/artist and I want to review All Things Hidden, Seaport Suspense Series #3.
Back
Back