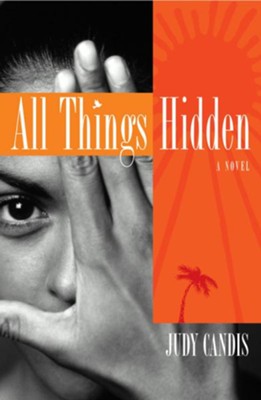 ▼▲
A female homicide detective confronts issues of racism, single-motherhood, and the challenges of faith in this spectacular new edge-of-your-seat thriller.

Jael Reynolds is a divorced single mom who’s doing her best to raise her son in Dadesville, one of Florida’s most violent and drug-infested cities. She’s also one of the city’s top homicide detectives—a tough, no-nonsense Christian woman who has faced her demons and won, witnessing the mercy of God through prayer and faith. When one drug dealer afteranother starts turning up dead on her watch, Jael teams up with the only other person who seems to care, FBI Special Agent Grant Lewis. The two soon uncover layer after layer of corruption, organized bigotry, and hate that justifies murder in the name of God. Gripped in the clutches of an evil she has never encountered before, Jael’s sense of right and wrong, and indeed her very faith, are put to their ultimate test.

▼▲
I'm the author/artist and I want to review All Things Hidden - eBook.
Back
Back