We are OPEN and SHIPPING - click here for shipping estimates
All That Glitters - eBook
By: Lisa J. Flickinger 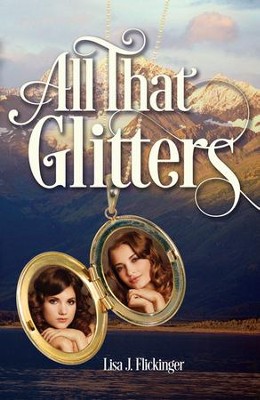 All That Glitters - eBook

▼▲
The world has gone plum crazy over gold; men and women alike would do almost anything to make their fortune. Leaving behind her family and a dying father, Ginny Connor follows the cunning Logan Harris up North to strike it rich. Twenty-year old Vivian Connor embarks on a cross-country chase to rescue her sister Ginny and they are both led into the chaos of the Klondike Gold Rush. Meanwhile, Ben McCormack leaves his farm to retrieve his intended bride from a rowdy tent town on the Alaskan coastline. Bens path inadvertently entwines with Vivians and he finds his heart tugging him in a different direction. Danger and disappointment plague all their journeys to the far North. Will Vivian find her sister in time to return home to see their father? Can Ginny forgive herself for the decisions shes made? Will Ben find the lifelong love he searches for? When the world listens only to the call of gold, redemption and love become scarce treasures.

▼▲
I'm the author/artist and I want to review All That Glitters - eBook.
Back
×
Back
×