Skip to main content
OUR BIGGEST BARGAIN SALE EVER: Over 6,000 deals at never-seen-before prices ~ through 8/23. Shop now >
All Life Belongs to God - eBook
By: Erkki Koskenniemi
Stock No: WW112214EB 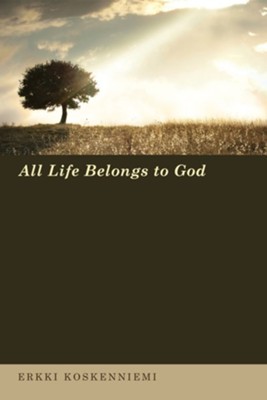 All Life Belongs to God - eBook

▼▲
The Greeks and Romans often exposed their babies, especially if the child was of the wrong gender, malformed or from the wrong father--or, more simply, when a child was not needed. It was lawful, but Jewish and then Christian teachers did everything to prevent the practice among their own groups. Most of the arguments used by Christians were borrowed from their Jewish predecessors. The unique value of every human being and God's commandments were emphasized in both religions. Above all, they considered a newborn child a person who was created and protected by her or his Creator. The book presents the most important texts, often dealing simultaneously with exposure and abortion. The texts are interesting, sometimes shocking. A world without Christian ethics could be very hard for a small child. The book helps every modern reader to take care that our societies treat gentler human lives in their earliest phases.

▼▲
Erkki Koskenniemi is Assistant Professor of New Testament at the Universities of Helsinki and Eastern Finland (Joensuu) and at Abo Akademi University (Turku), Finland. He is the author of several scholarly books, especially on miracles in Classical Antiquity and Early Judaism.

▼▲
I'm the author/artist and I want to review All Life Belongs to God - eBook.
Back
Back