Skip to main content
SPRING CYBER EVENT STARTS NOW: And it's a really BIG deal! Up to 88% off through 5/24>
Alien Ladder - eBook
By: Peter Waugh
Stock No: WW49134EB 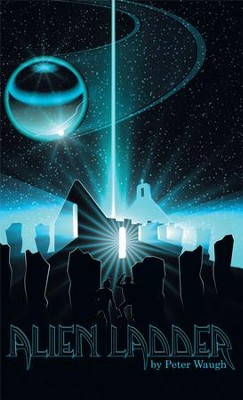 Thirteen-year-old Alex Watts lives in the small Scottish mining village of Newbattle. It is early evening in the winter of 1984, and the bitter national coal miners strike is in its ninth month. Now, a few days before Christmas, a power outage has plunged the community into darkness. Deprived of television and with dinner indefinitely delayed, Alex and his best friend, Jim Hood, decide to pass the time sledding on the snow-covered slopes of Jakes Law, a six hundred-foot cone-shaped hill that dominates the surrounding landscape. They arrive on the summit under brilliant, star-studded heavens, undimmed by the artificial lights of civilization. Then suddenly, in the darkness below, streetlamps flicker into life. The power outage is over, they are hungry, and it is time to sled home. However, fate is about to interrupt their plans and forever change their lives. A spacecraft is orbiting Earth. It has traveled from the outer rim of the Galaxy with an important message for the leaders of Earth. Information about the spread of a distant civil war and warning of an imminent alien invasion of Earth. Its sole passenger brings technology to help defend against the invasion. However instead of landing in the vicinity of London, the messenger lands on Jakes Law, and instead of meeting the leaders of the country, the messenger meets with Alex and Jim.

▼▲
I'm the author/artist and I want to review Alien Ladder - eBook.
Back
Back