We are OPEN and SHIPPING - click here for shipping estimates
PRE-SUMMER CYBER SALE EXTENDED thru 6/1 ~ Over 2,500 items up to 90% off
Alien Encounters Conference - DVD
By: Chuck Missler, Mark Eastman 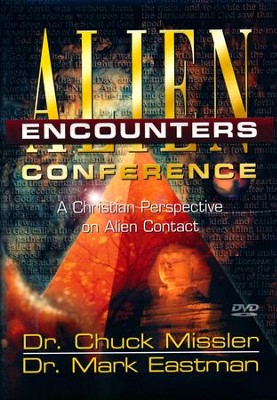 A Christian Perspective on Alien Contact! From the 50th Anniversary of the "Roswell Crash!"

This subject has not gone away. On the contrary, much new evidence has surfaced with global implications. Chuck explores the Biblical relevance and disturbing agenda of the apparent extraterrestrial life forms that have been forcing themselves into our global consciousness and reveals their most disturbing agenda. How do you protect yourself?

▼▲
I'm the author/artist and I want to review Alien Encounters Conference - DVD.
Back
×
Back
×