Skip to main content
SPRING CYBER EVENT STARTS NOW: And it's a really BIG deal! Up to 88% off through 5/24>
Alessandro Serenelli: A Story of Forgiveness
By: Charles D. Engel
Stock No: WW925582 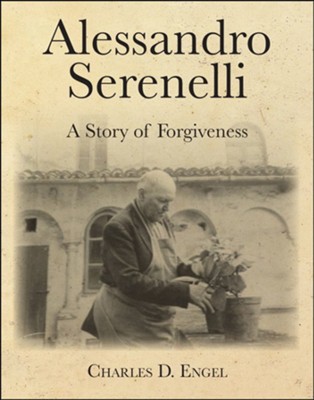 Alessandro Serenelli: A Story of Forgiveness

"Maria Goretti, now a Saint, was my good Angel, sent to me through Providence to guide and save me. I still have impressed upon my heart her words of rebuke and pardon. She prayed for me, she interceded for her murderer." -Alessandro Serenelli

Many people are familiar with the story of Saint Maria Goretti and her grisly murder at the age of eleven. On her deathbed, she said of her killer, "I forgive him, and I want him to be with me in heaven."

But how did her incredible forgiveness affect her murderer? While it took years, Maria's offer of mercy eventually transformed Alessandro's life.

Alessandro's story has never been fully told - until now. Alessandro Serenelli: A Story of Forgiveness is a captivating story of mercy and forgiveness, both given and accepted. Learn about Alessandro's difficult childhood, the murder of Maria, his prison sentence, his conversion as a result of Maria's intercession, and the final years of his life with a Capuchin community. Through his life story, you'll gain a new understanding of the nature of repentance and of God's patience and unfailing love.

Charles D. Engel spent 25 years in Catholic education in the Archdiocese of New York as both a teacher and principal. He holds a B.A. in philosophy and art history and an M.A. in religious studies. He has traveled a great deal and has a lifelong devotion to Saint Maria Goretti.

▼▲
I'm the author/artist and I want to review Alessandro Serenelli: A Story of Forgiveness.
Back