Skip to main content
BIG SUMMER BLOWOUT: Over 2,000 deals ~ up to 85% off, through 8/16. Shop now >
From Aldersgate to Azusa Street: Wesleyan, Holiness, and Pentecostal Visions of the New Creation - eBook
Edited By: Henry H. Knight
Stock No: WW110239EB 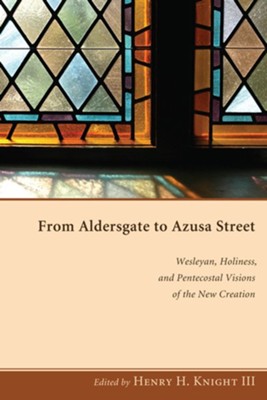 From Aldersgate to Azusa Street: Wesleyan, Holiness, and Pentecostal Visions of the New Creation - eBook

▼▲
Henry H. Knight III is Donald and Pearl Wright Professor of Wesleyan Studies at Saint Paul School of Theology in Kansas City, Missouri. He is the author of five books, including The Presence of God in the Christian Life (1992) and A Future for Truth (1997).

▼▲
I'm the author/artist and I want to review From Aldersgate to Azusa Street: Wesleyan, Holiness, and Pentecostal Visions of the New Creation - eBook.
Back
Back