We are OPEN and SHIPPING - click here for shipping estimates
Albert Pujols: On the Field with... - eBook
By: Matt Christopher 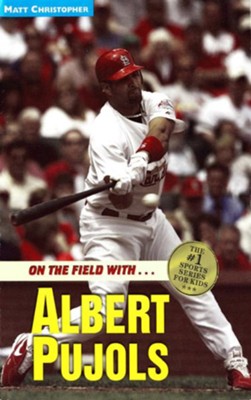 Albert Pujols: On the Field with... - eBook

▼▲
Anyone who has ever had the privilege of watching Albert Pujols of the St. Louis Cardinals knows the sound of a hit. It's the sound his bat makes when it connects with the ball. It's a sound that's been heard countless times since his 2001 rookie season. That year, he took the league by storm by posting some of the most fantastic offensive stats of any rookie ever-and he's been doing the same ever since, shattering records and helping his team win games, including the 2006 World Series, with clutch hits and amazing home runs.

This biography offers an up-close look at this superstar's life and the most memorable moments of his outstanding career to date.

▼▲
Matt Christopher is the best selling name behind more than 100 sports-themed books for young readers.