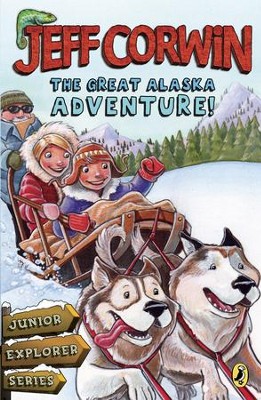 ▼▲
This is the second book in Jeff Corwin's young middle-grade fiction series, which shows kids that no matter where you live, you can have fun discovering the plants, animals, and natural life around you.

▼▲
Jeff Corwin is a wildlife biologist, conservationist, and the Emmy Award-winning host of a variety of popular television shows, including Animal Planet's Jeff Corwin Experience, Corwin's Quest, NBC's Jeff Corwin Unleashed, and the Travel Channel's Into Alaska and Into the American West. He also cocreated and cohosted CNN's Planet in Peril with Anderson Cooper in 2007.

A native of Massachusetts, Jeff has established an interactive museum and environmental education center called the EcoZone. Based in Norwell, Massachusetts, EcoZone strives to build awareness of the wildlife and ecology unique to the wetlands of southeastern Massachusetts. When not traveling the world, Jeff can be found at his home off the coast of Massachusetts, where he lives with his wife and two daughters.

▼▲
I'm the author/artist and I want to review The Great Alaska Adventure!: Junior Explorer Series Book 2 - eBook.
Back
Back