Skip to main content
SPRING CYBER EVENT STARTS NOW: And it's a really BIG deal! Up to 88% off through 5/24>
Alana Candler, Marked for Murder - eBook
By: Joanie Bruce
Stock No: WW37123EB 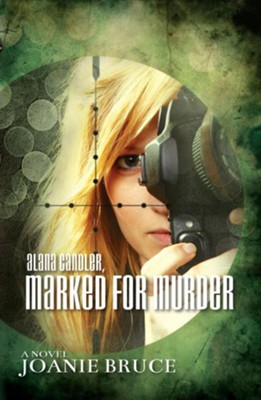 ▼▲
Alana Candler is on someones hit list. But why? A stalker is breathing down her neck at every turn, hiding in the shadows, waiting for her to make a mistake to freeze long enough for him to make his hit. When the stalker kidnaps her from a hotel and leaves her to die, Jaydn Holbrook, CEO and owner of the largest company in Tennessee, saves her life and promises to protect her. Jaydns high school friendship with Brad, Alanas brother and the Citys Police Chief, gives him incentive to protect Alana and shelter her from the growing danger. Alanas trust in Gods protection intrigues him and compels him to explore her faith further, but when she mentions her aversion to rich, executive-type bosses, Jaydn keeps his position at his company secrettrying not to destroy their fragile bond. As tensions build, Jaydn and Alana are caught up in a dangerous web of hiding from the pursuer trying to kill them and fighting the attraction they feel for each other. While Brad scrambles to find her stalker and Jaydn struggles to keep her safe, Alana searches her memory to find the motive someone might have for murder.

▼▲
I'm the author/artist and I want to review Alana Candler, Marked for Murder - eBook.
Back
Back