We are OPEN and SHIPPING - click here for shipping estimates
PRE-SUMMER CYBER SALE EXTENDED thru 6/1 ~ Over 2,500 items up to 90% off
Alan and Naomi, DVD 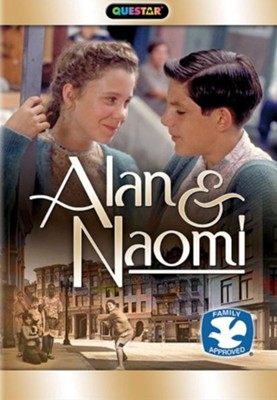 New York, 1944. It is wartime, and Alan, a young Jewish teenager, likes to hang out in the street playing stickball with his buddies. But, his parents have volunteered him for a task he is reluctant to take on- befriending Naomi, a French teenager who was scarred by seeing her father murdered before her eyes by the Gestapo. Now, she is near catatonic, trapped in her terror. With courage and affection, Alan struggles to help her break free from her abyss. Alan and Naomi is a story of trust and triumph, pain and joy, warmth and wonder. A story of friendship and peace in a world at war. Dove family approved! Approx. 95 minutes.

▼▲
I'm the author/artist and I want to review Alan and Naomi, DVD.
Back
×