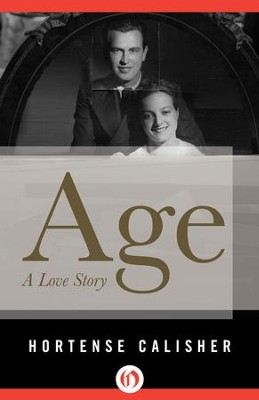 ▼▲
A novel that examines aging and marriage with sincerity and insight
Rupert and Gemma, an elderly couple still very much in love, know that death will inevitably come for one of them before taking the other, so they keep private journals to ensure that the survivor’s mate will never truly be gone, living on instead through his or her words. Age is the narrative of Rupert and Gemma’s lives: their similarities, their differences, and the ways in which the two are irreversibly entwined. Each writes of life’s mundane events—social outings, errands, a quiet night at home—that assume wistful meaning when viewed through the lens of memory.

▼▲
Hortense Calisher (1911–2009) was born in New York City. The daughter of a young German-Jewish immigrant mother and a somewhat older Jewish father from Virginia, she graduated from Barnard College in 1932 and worked as a sales clerk before marrying and moving to Nyack, New York, to raise her family. Her first book, a collection of short stories titled In the Absence of Angels, appeared in 1951. She went on to publish two dozen more works of fiction and memoir, writing into her nineties.A past president of the American Academy of Arts and Letters and of PEN, the worldwide association of writers, she was a National Book Award finalist three times, won an O. Henry Award for "The Night Club in the Woods" and the 1986 Janet Heidinger Kafka Prize for The Bobby Soxer, and was awarded Guggenheim Fellowships in 1952 and 1955.

▼▲
"Calisher has come up with a lovely premise, and her approach to this melancholic subject is sensitive and compassionate." —Library Journal
"An amusing, acrid and sharp view of the ’total disease’ of life and death, paced by Calisher’s own teasing imagination." —Kirkus Reviews