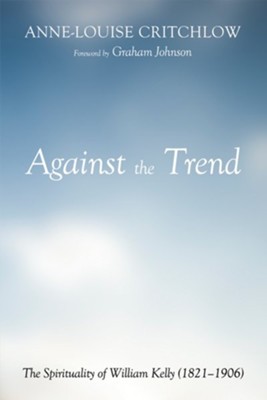 ▼▲
William Kelly (1821-1906) was much more than a Brethren theologian who was a leader of the Moderate Exclusive Brethren movement, and also much more than an indiscriminate follower of John Nelson Darby (1800-1882). He was highly regarded not only within the Brethren but also by Christian leaders of other denominations. In this book Dr. Critchlow examines Kelly's lively and scholarly appraisal of the German "School of Higher Criticism" and his commentary on a range of works of contemporary Anglican and non-conformist theologians. She argues that Kelly's exegesis was meticulous and scholarly and demonstrated his understanding of the whole canon of Scripture. Despite his ecclesiology, his theology was nuanced and cannot easily be stereotyped. As an expositor of the controversial topics, "the Atonement" and "the After-Life," he can be described as a Biblical literalist, but in his understanding of Biblical language and literary genre and philosophy, he can be seen as a conservative intellectual. While belonging to the evangelical school of thought, his theology shows itself to be much more complex than many of his evangelical contemporaries and gives him links with later Christian traditions. Through his deep spirituality, Kelly can inspire the reader's own spiritual aspirations.

▼▲
Anne-Louise Critchlow has been a teacher of English Literature and a full time Christian community worker in France, North Africa, and Manchester, England, where she now lives and works. She has researched into the poetry of W. B. Yeats and the history of the Algerian church, and her work on William Kelly led her to receive a doctorate at Manchester University, England. She is married with four adult children.