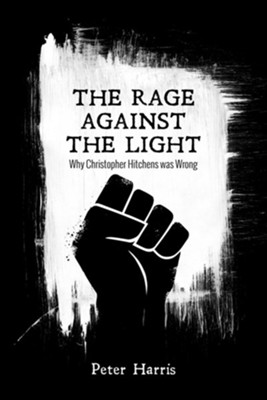 The Rage Against the Light: Why Christopher Hitchens was Wrong - eBook

▼▲
Christopher Hitchens was the most eloquent of the New Atheists. With great rhetorical polish and an encyclopedic mind for historical facts and literary quotations, he presents the case of anti-theism very effectively. Though now deceased, Hitchens' arguments continue to reverberate through his best-selling books and online presence. God, asserts Hitchens, would be, if he existed, the greatest of dictators. Religion, according to Hitchens, is morally bankrupt and madly irrational. The world is better off without them! But is this true? It is the purpose of this book to identify Hitchens' worldview in order to subject it to a critique that will powerfully expose its many flaws. Rather than a dictator, God will be shown to be a God of love. Christianity too will be revealed as a faith that ought to resist tyranny, provides the best foundation for intrinsic human value, and is a rational belief-system. In so doing, this book appeals to all who have been influenced or convinced by Hitchens' arguments to reconsider their position and refuse to rage against the light.

▼▲
Peter Harris teaches English at a high school and is completing a PhD in the history of the First World War.

▼▲
I'm the author/artist and I want to review The Rage Against the Light: Why Christopher Hitchens was Wrong - eBook.
Back
Back