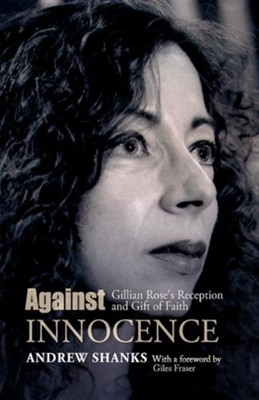 Against Innocense: Gillian Rose's Reception and Gift of Faith

▼▲
Gillian Rose (1947â€"1995) was a highly original, enigmatic and pugnacious thinker, whose work draws together Continental philosophy, sociology, modern / post-modern Jewish and Christian reflection on ethics. She was also, famously, a convert to Christianity, baptised into the Church of England on her deathbed, from Judaism. She has been a major influence on many contemporary thinkers, not least on the thought of the Archbishop Rowan Williams. Her writings are teasingly poetic, often forbiddingly difficult, and yet at the same time vividly accessible, at any rate through her widely praised memoir, Loveâ€™s Work Here, a Church of England priest writes about Roseâ€™s thought as it relates to the future of the Church she eventually joined. A significant philosopher of this century, they believe her thinking implicitly points towards a new form of Christian self-understanding. This captivatingly well written book is the first major study of Gillian Roseâ€™s thought from a theological point of view. It aims to make the work of this highly complex thinker accessible to a wider readership.

▼▲
I'm the author/artist and I want to review Against Innocense: Gillian Rose's Reception and Gift of Faith.
Back