Skip to main content
Against All Odds: History of Saint Andrew's Parish Church, Charleston, 1706-2013
By: Paul Porwoll
Stock No: WW818160 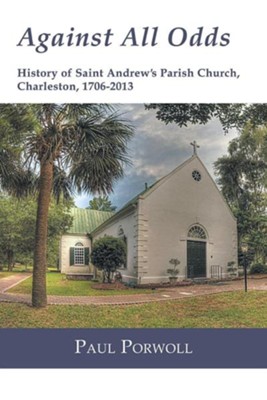 Against All Odds: History of Saint Andrew's Parish Church, Charleston, 1706-2013

The tranquility of the magnificently restored Saint Andrew's Parish Church, surrounded by stately oaks and ancient gravestones, belies a tumultuous past. If its walls could talk, they would tell a story as old as the human condition.

Founded in the forest of a new colony, this simple Anglican church served planters and their slaves during the heyday of rice and indigo. Before the Civil War, ministry shifted to the slaves, and afterward to freed men and women. Following years of decline and neglect, Saint Andrew's rose like the phoenix.

The history of the oldest surviving church south of Virginia and the only remaining colonial cruciform church in South Carolina is one of wealth and poverty, acclaim and anonymity, slavery and freedom, war and peace, quarrelling and cooperation, failure and achievement. It is the story of a church that has refused to die, against all odds.

▼▲
I'm the author/artist and I want to review Against All Odds: History of Saint Andrew's Parish Church, Charleston, 1706-2013.
Back