Skip to main content
BIG SUMMER BLOWOUT: Over 2,000 deals ~ up to 85% off, through 8/16. Shop now >
Paul Against the Idols: A Contextual Reading of the Areopagus Speech - eBook
By: Flavien Pardigon
Stock No: WW108120EB 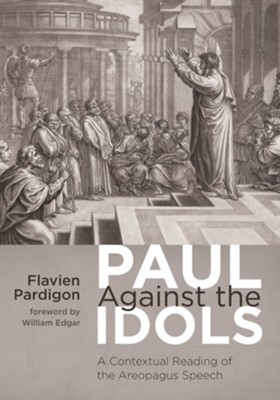 Paul Against the Idols: A Contextual Reading of the Areopagus Speech - eBook

▼▲
The story of Paul's visit to the city of Athens with its speech delivered before the Areopagus council is one of the best-known and most-celebrated passages of the Acts of the Apostles. Being the only complete example of an apostolic address to "pure pagans" recorded, it has consistently attracted the attention of historians, biblical scholars, theologians, missionaries, apologists, artists, and believers over the centuries. Interpretations of the pericope are many and variegated, with opinions ranging from deeming the speech to be a foreign body in the New Testament to acclaiming it as the ideal model of translation of the Christian kerygma into a foreign idiom. At the heart of the debate is whether the various parts of the speech must be understood as Hellenistic or biblical in nature--or both. Paul Against the Idols defends and develops an integrated contextual study of the episode. Reading the story in its Lukan theological, intertextual, narrative, linguistic, and historical context enables an interpretation that accounts for its apparent ambivalence. This book thus contributes to the ongoing hermeneutical and exegetical scholarly discussions surrounding this locus classicus and suggests ways in which it can contribute to a Christian theology of religions and missiology.

▼▲
Flavien Pardigon teaches at a variety of theological institutions on four continents.

▼▲
I'm the author/artist and I want to review Paul Against the Idols: A Contextual Reading of the Areopagus Speech - eBook.
Back
Back