Skip to main content
SPRING CYBER EVENT STARTS NOW: And it's a really BIG deal! Up to 88% off through 5/24>
The Case Against Moral Atheism: When Living by the Golden Rule Makes No Sense
By: Ken Wheeler
Stock No: WW850123 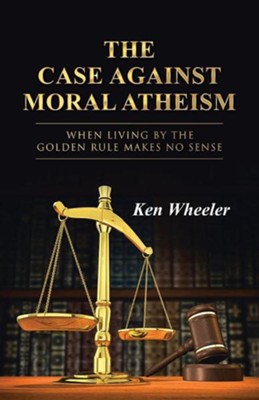 The Case Against Moral Atheism: When Living by the Golden Rule Makes No Sense

What if you decided, today, that God did not exist? Would that change your morality? Would you still turn in an honest tax return? Why? If you are a single mother having a difficult time making ends meet, would you steal from the cash drawer at work to buy food for your baby? Why not?

If an adult decided to prey on young children, why would that be morally different than a crocodile feasting on a baby monkey at the watering hole in the jungle? Why has the law of the jungle changed just because the jungle is now Wall Street and the Internet?

If humanity evolved from primordial slime pools, who gets to declare that the pedophile is a criminal and the croc is just functioning according to his evolved DNA?

Why should a person adopt moral values if he believes a Creator God does not exist? Does the "Chaos Theory" provide an answer to that question or is it just an attempt by the Atheist to fill in the blank with "anything but God" while avoiding the obvious and logical challenges produced by the concept of a Godless morality?

The Case Against Moral Atheism challenges anyone who does not believe in a moral law-giver above mankind to consider why they should live moral lives if this life is all there is.

▼▲
I'm the author/artist and I want to review The Case Against Moral Atheism: When Living by the Golden Rule Makes No Sense.
Back