Skip to main content
Against Apion
By: Flavius Josephus
Stock No: WW034454 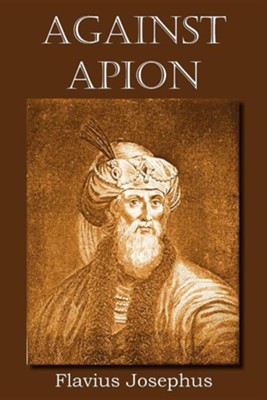 ▼▲
Against Apion (Contra Apionem or In Apionem) was a polemical work written by Flavius Josephus as a defense of Judaism as a classical religion and philosophy, stressing its antiquity against what he perceived as more recent traditions of the Greeks. Josephus was born Jerusalem of a priestly and royal family. He excelled in his studies of Jewish law and studied with the Sadducees, Pharisees, and the Essenes, eventually aligning himself with the Pharisees. He went to Rome to free some imprisoned priests. After accomplishing this mission through the intercession of Nero's wife, Poppaea, he returned to Jerusalem to find the country in revolt against Rome. Josephus wrote a history of the Jewish War. His second major work was Antiquities of the Jews, his third Against Apion and The Life of Josephus, his autobiography. Josephus was an eyewitness to history, and his writings are considered authoritative.

▼▲
I'm the author/artist and I want to review Against Apion.
Back