Skip to main content
SPRING CYBER EVENT STARTS NOW: And it's a really BIG deal! Up to 88% off through 5/24>
The King James Bible After 400 Years: Literary, Linguistic, and Cultural Influences
By: Hannibal Hamlin, Norman W. Jones
Stock No: WW768276 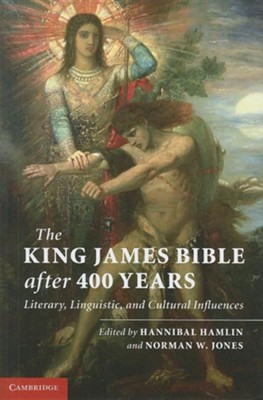 ▼▲
2011 marks the 400th anniversary of the King James version of the Bible. No other book has been as vital to the development of English writing or indeed to the English language itself. This major collection of essays is the most complete one-volume exploration of the King James Bible and its influence to date. The chapters are written by leading scholars from a range of disciplines, who examine the creation of the King James Bible as a work of translation and as a linguistic and literary accomplishment. They consider how it differed from the Bible versions which preceded it, and assess its broad cultural impact and precise literary influence over the centuries of writing which followed, in English and American literature, until today. The story will fascinate readers who approach the King James Bible from the perspectives of literary, linguistic, religious or cultural history.

▼▲
I'm the author/artist and I want to review The King James Bible After 400 Years: Literary, Linguistic, and Cultural Influences.
Back