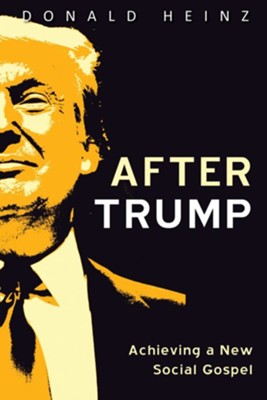 ▼▲
A black social gospel movement arose after the Civil War to mitigate the broken promises of reparations and the reestablishment of white supremacy. After the Gilded Age, a new social gospel arose in the early twentieth century that brought together Christian proclamation and an ethic of social justice that became liberal Protestantism's distinctive contribution to world Christianity, leaving residues in the New Deal and the Great Society. In the face of poverty and bondage in the 1960s, Martin Luther King Jr. led a second wave of the black social gospel movement and died for it, as prophets do. It birthed new liberation movements on many fronts. Again things fell apart as the Reagan Revolution massively redistributed wealth and social benefits upward and "late capitalism" flourished. In this environment tax cuts for the wealthy and massive inequalities grew, and President Trump inherited the resentments of the Christian Right and the opportunism of economic conservatives. Would a recurring social gospel have made a difference? After Trump, American Christianity faces another crisis of decision. Will the strange God of the Bible be re-called, will the churches re-live as social movements that bring good news to all the people, will American Christianity re-contest the public square and proclaim a new social gospel for our times? This book is an invitation and a manifesto.

▼▲
Donald Heinz is Professor of Religious Studies emeritus at California State University, Chico, where he also was dean of Humanities and Fine Arts. He is a Lutheran minister in the ELCA. His books are The Last Passage: Recovering a Death of Our Own and Christmas: Festival of Incarnation. He is interested in ethics as social gospel and in the sociology of religion as contested public space.

▼▲
I'm the author/artist and I want to review After Trump: Achieving a New Social Gospel - eBook.
Back
Back