Skip to main content
SPRING CYBER EVENT STARTS NOW: And it's a really BIG deal! Up to 88% off through 5/24>
Being After Rousseau: Philosophy and Culture in Question, Edition 0002
By: Richard L. Velkley
Stock No: WW852577 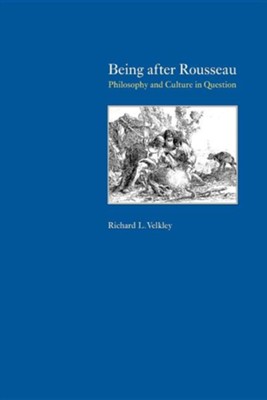 Being After Rousseau: Philosophy and Culture in Question, Edition 0002

▼▲
In "Being after Rousseau, " Richard L. Velkley presents Jean-Jacques Rousseau as the founder of a modern European tradition of reflection on the relation of philosophy to culture--a reflection that calls both into question. Tracing this tradition from Rousseau to Immanuel Kant, Friedrich Schelling, and Martin Heidegger, Velkley shows late modern philosophy as a series of ultimately unsuccessful attempts to resolve the dichotomies between nature and society, culture and civilization, and philosophy and society that Rousseau brought to the fore.
The Rousseauian tradition begins, for Velkley, with Rousseau's criticism of modern political philosophy. Although the German Idealists such as Schelling accepted much of Rousseau's critique, they believed, unlike Rousseau, that human wholeness could be attained at the level of society and history. Heidegger and Nietzsche questioned this claim, but followed both Rousseau and the Idealists in their vision of the philosopher-poet striving to recover an original wholeness that the history of reason has distorted.

▼▲
I'm the author/artist and I want to review Being After Rousseau: Philosophy and Culture in Question, Edition 0002.
Back