We are OPEN and SHIPPING - click here for shipping estimates
After Anti-Catholicism?: John Henry Newman and Protestant Britain, 1845-c. 1890
By: Erik Sidenvall 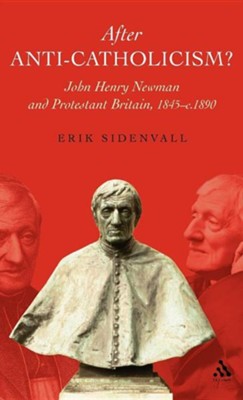 Is it possible to capture, in brief, the fundamental changes that affected the role of religion within modern Western society? For a long time, many scholars would have answered that question in the positive; most of them would certainly have counted increasingly tolerant attitudes towards forms of religion that were once been regarded as unacceptable, as being one of those central features. In the light of the current revision of the established 'truths' concerning modern religion, it is now possible to once again address the wide-spread belief that modernity meant the gradual victory of more 'liberal' religious attitudes without running the risk of being accused of only dealing with commonplaces. Was modernity only dominated by growing tolerance? And if so, what were the forces that prompted that development? What was the nature of that sentiment? This book approaches these questions by studying the popular Protestant British view of John Henry Newman between the time of his secession 1845 and his death in 1890. It draws on a wide range of sources with a particular focus on the newspaper and periodical press. It argues that changes in popular attitudes were integral parts of the internecine religious disputes of, above all, the 1850s and 1860s. A tolerant discourse came henceforth to live side by side with traditional Protestant rhetoric. Nevertheless, and in spite of expanding horizons, accepting attitudes became an effective vehicle for expressing a sense of Protestant superiority.