Skip to main content
Out of the Shadows of African Traditional Religion: Christ's Deliverance of a Sangoma
By: Moss Ntlha
Stock No: WW062291 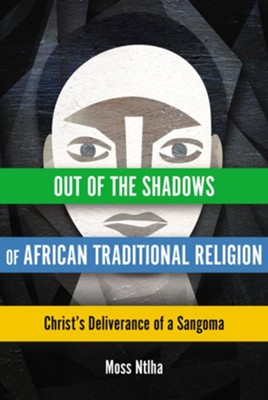 Out of the Shadows of African Traditional Religion: Christ's Deliverance of a Sangoma

▼▲
Francinah Baloyi was a traditional South African healer until Jesus revealed himself in visions, reprimanded her for having four abortions, and commissioned her to preach. In radical obedience, she burned the items associated with her past vocation and uprooted the family altar. Now she delivers others from bondage to ancestral spirits. 112 pages, softcover.

In Africa, Christianity is sometimes rejected as a "white" religion or combined with elements of African Traditional Religion. The story of Francinah Baloyi shows that neither of these attitudes is correct. Francinah was born into a family of traditional healers who were strongly opposed to Christianity, and in time she herself became a sangoma. But over the years Jesus revealed himself to her in visions. He delivered her from the power of ancestral spirits, convicted her of the sin of having had four abortions, and commissioned her to preach. In a radical display of obedience, she burned all the items associated with her work as a sangoma and uprooted the family altar. And she began to preach wherever she found herself.

God also led her to wise church leaders and counselors, who helped her to go to Bible school and lay a biblical foundation for her ministry. Today, she is the leader of a thriving church, with a ministry to others who are still in bondage to ancestral spirits. She is now a sought-after conference speaker and evangelist both nationally and internationally. Her public ministry is marked by her Spirit-filled authenticity and simplicity.

Her story has wider resonance in a time when there is a resurgence of traditional religions and when abortion is becoming increasingly common in South Africa.

Moss Ntlha is a respected evangelical leader in South Africa with a passion to serve the poor. He was profoundly influenced by his experience of the dark days of apartheid and his role in the struggle against it. Moss is now the General Secretary of the Evangelical Alliance of South Africa (TEASA) and the pastor of a church in Mohlakeng, near Johannesburg. He is committed to working with others to see transformation in self, people, communities, and nations.

▼▲
I'm the author/artist and I want to review Out of the Shadows of African Traditional Religion: Christ's Deliverance of a Sangoma.
Back
Back