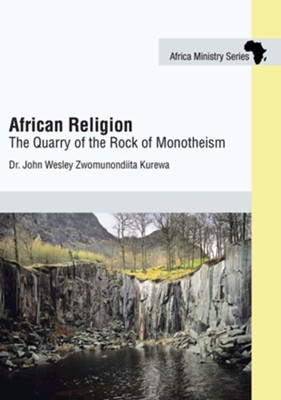 African Religion: The Quarry of the Rock of Monotheism

▼▲
<p>Worldwide scholarship has established the fact that Africa is the cradle land of humanity. Dr. Kurewa promotes the theory that African Religion could very easily have been the proto-religion of humanity, and a religion from which other monotheistic religions, such as Judaism, Zoroastrianism, Christianity, and Islam have their roots.</p> <p>The author shifts the traditional African historical studies stance of looking at Africa from Egypt alone, and instead looks at Africa from inside Africa. Dr. Kurewa invites a debate regarding our understanding of African Religion, the indigenous religion of millions of people in sub-Saharan Africa today.</p>

▼▲
John Wesley Zwomunondiita Kurewa is Vice-Chancellor and E. Stanley Jones Professor of Evangelism at Africa University. He has served as Secretary to the Parliament of Zimbabwe.

▼▲
I'm the author/artist and I want to review African Religion: The Quarry of the Rock of Monotheism.
Back