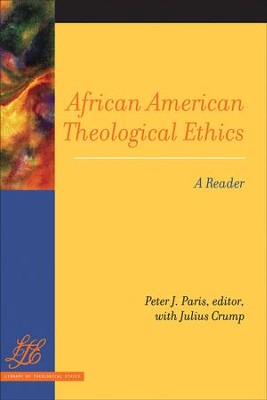 This volume in the Library of Theological Ethics series draws on writings from the early nineteenth through the late twentieth centuries to explore the intersection of black experience and Christian faith throughout the history of the United States. The first sections follow the many dimensions of the African American struggle with racism in this country: struggles against theories of white supremacy, against chattel slavery, and against racial segregation and discrimination. The latter sections turn to the black Christian vision of human flourishing, drawing on perspectives from the arts, religion, philosophy, ethics, and theology. It introduces students to major voices from African American Christianity, including Frederick Douglass, Richard Allen, W. E. B. DuBois, Marcus Garvey, Martin Luther King Jr., Bayard Rustin, Barbara Jordan, James H. Cone, and Jacqueline Grant. This is the essential resource for anyone who wishes to understand the role that Christian faith has played in the African American struggle for a more just society.

Julius Crump is a PhD candidate in religious ethics at the University of Chicago.

▼▲
I'm the author/artist and I want to review African American Theological Ethics: A Reader - eBook.
Back
Back