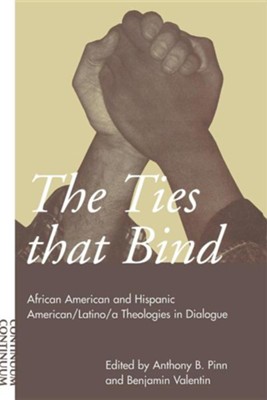 The latter half of the twentieth century saw the development of liberationist and progressive theologies whose aim is both to understand life and to enhance it by focusing attention on the ways in which certain groups and ethnic minorities suffer injustices that are traceable to political economy and culture. Although African-American and Hispanic/Latino(a) theologies emerged side by side, the development and analysis of theology within these ethnic groups occurred independently of each other. That is to say, African-American and Hispanic/Latino(a) theologians and religious scholars have rarely inquired into the possibility and desirability of a cross-cultural dialogue between these two communities. Acknowledging both the previous lack of substantive dialogue and the present need for coalition among disadvantaged groups, five African-American and five Hispanic/Latino(a) theologians here explore their common historical and cultural heritage and their similar chronicle of struggle and affirmation. The aim is develop overarching meaning systems that encourage and sustain holistic imagination, notions of self and communal integrity, social activism, and solidarity. Among the topics treated are the core themes, concerns, and historical development of these two theologies; the roles played by scripture, tradition, imagination, and individual and collective experience; popular religion; Womanist and Mujerista theologies; ways of dealing with pain, suffering, and subjugation; and, finally, strategies for building bridges between communities of struggle.

▼▲
Anthony B. Pinn is Agnes Cullen Arnold Professor of Humanities, Professor of Religious Studies, and Director of the Center for Engaged Research and Collaborative Learning (CERCL) at Rice University, USA

▼▲
I'm the author/artist and I want to review Ties That Bind: African American and Hispanic American/Latino/A Theologies in Dialogue.
Back