Skip to main content
SPRING CYBER EVENT STARTS NOW: And it's a really BIG deal! Up to 88% off through 5/24>
Adventures with Theophilos Pott
By: Roger Long
Stock No: WW144882 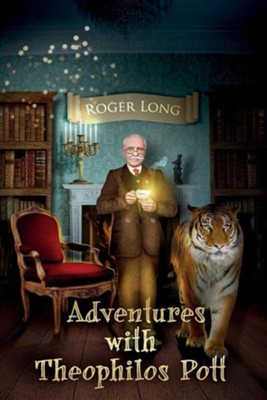 ▼▲
In the strange and wondrous land of Everlight, a battle rages . . .

Five children learn a family secret that takes them into the land of Everlight-a strange and wondrous place of talking tigers, a dragon that must undo a terrible wrong, and one Theophilos Pott who helps the children not just read a story but be the story.

Come along with Theophilos, an ageless bookstore owner, into his doorway to this mysterious land. Join thirteen-year-old Felicia, sisters Mallary and Sara, nine and eight; ten-year-old twins James and Jeremy; Samson the talking tiger, and Princess Gwyn, as they become a part of a battle far larger than themselves.

As spreading darkness threatens to destroy the power of the Light, the children come to the aid of Princess Gwyn, learn to face difficulties with courage, the value of friendship, and how to live a life of purpose.

Five children learn to listen with their hearts to truly see.

▼▲
I'm the author/artist and I want to review Adventures with Theophilos Pott.
Back