Skip to main content
SPRING CYBER EVENT STARTS NOW: And it's a really BIG deal! Up to 88% off through 5/24>
Adventures with Grandpa!
By: Golden Books
Illustrated By: Fabrizio Petrossi
Stock No: WW768741 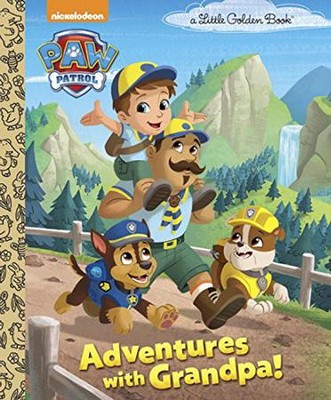 Alex and his grandpa are always ready for adventure, especially when the PAW Patrol joins in the fun. Girls and boys ages 3 to 7 will think this Little Golden Book is out of this world!

Fabrizio Petrossi has contributed to several children's books including Paw Patrol: Chase Is on the Case! and SpongeBob SquarePants: The Sponge Who Saved Christmas.

▼▲
I'm the author/artist and I want to review Adventures with Grandpa!.
Back