We are OPEN and SHIPPING - click here for shipping estimates
PRE-SUMMER CYBER SALE EXTENDED thru 6/1 ~ Over 2,500 items up to 90% off
Adventures of an Ordinary Man
By: William Lee Goff 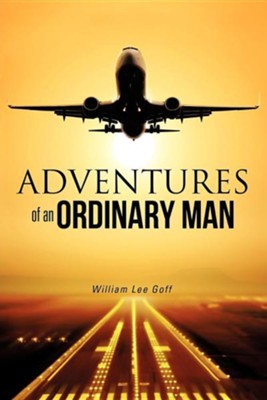 Adventures of an Ordinary Man

▼▲
Few people can claim careers in two biblical professions: minister and tax collector. In his captivating memoir, Adventures of an Ordinary Man, William Lee Goff shares the triumphs and tragedies of his life as both a Presbyterian minister and an IRS Revenue Agent. Goff writes unpretentiously with deep humanity and subtle humor about his life's adventures: learning to play the cello from a freedom fighter; overcoming his fears to become an amateur stage actor; and traveling in South Africa, Israel, Russia and Denmark. Adventures of an Ordinary Man is a compelling and rewarding read. Although a native of St. Louis, Missouri, William Lee Goff spent his formative years in Los Angeles, California. He earned a bachelor's degree in English from UCLA and then went on to Fuller Theological Seminary where he completed a Doctor of Ministry degree. Goff has had dual careers, one as an ordained Presbyterian minister who served as pastor in churches in California, Colorado, and Idaho. His alter ego had a nearly 25-year career with the IRS. Goff lives with his wife, Tatyana, in Southern California.

▼▲
I'm the author/artist and I want to review Adventures of an Ordinary Man.
Back
×