Skip to main content
Adventures in Odyssey ® Point of No Return eBook
By: Paul McCusker
Stock No: WW26400EB 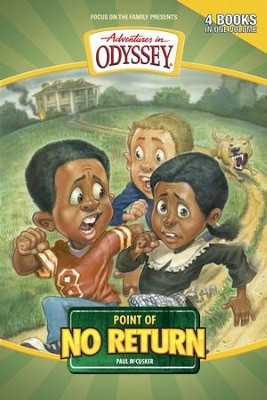 Adventures in Odyssey ® Point of No Return eBook

▼▲
You won't believe what happens during a "normal" game of catch. Matt and Jack discover a trap door outside Whit's End that takes them back to the pre-Civil War South where Matt is mistakenly sold as a runaway slave. Can Jack find Matt in time to rescue him? In another story, an out-of-town man comes looking for work and a busy Whit quickly turns him away. But when the man returns and interrupts a Bible contest, their lives are forever changed. Find out why in this collection of four books in one volume of Adventures in Odyssey. Adventures in Odyssey is a registered trademark of Focus on the Family. All rights reserved.

▼▲
I'm the author/artist and I want to review Adventures in Odyssey ® Point of No Return eBook.
Back
Back