Skip to main content
Adventures in Darkness: Memoirs of an Eleven-Year-Old Blind Boy - eBook
By: Tom Sullivan
Stock No: WW4580EB 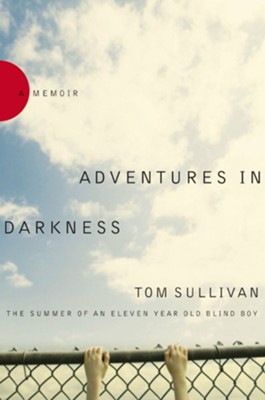 Adventures in Darkness: Memoirs of an Eleven-Year-Old Blind Boy - eBook

▼▲
Tom's world was as small as his backyard with its tall chain-link fence, but it was as large as a boy's imagination. Blind since birth, this eleven-year-old boy would listen to the sounds of the world beyond his reach. In his mind's eye he became a ballplayer for the Boston Red Sox, a sidekick to the Lone Ranger, but the fence would remind him that his dreams and schemes of adventure would never come to pass. Until he decided to break out and experience the world. Tom Sullivan recounts with wicked wit and captivating clarity the hair-raising adventures of his eleventh year in 1950s New England...escaping from his blind school, relief pitching in the neighborhood league, and boxing in a backyard bout with the neighborhood bully.

▼▲
In Adventures in Darkness, Tom Sullivan takes readers through the adventures of his monumental eleventh year. Blind since birth, Tom lived in a challenging world of isolation and special treatment. But he was driven to break out and live as sighted people do. This book is a hair-raising, heart-warming experience that culminates in Tom's reliance upon God to realize his dreams of a "normal" life.

▼▲
I'm the author/artist and I want to review Adventures in Darkness: Memoirs of an Eleven-Year-Old Blind Boy - eBook.
Back
Back