Skip to main content
The Adventures Of The Coral Way Gang: The Mystery Of The Forbidden Cave
By: Kim Kuykendoll
Stock No: WW778403 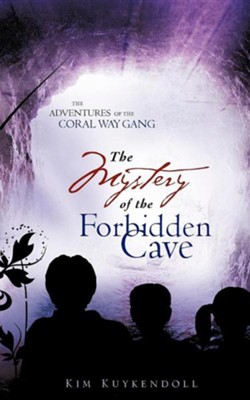 The Adventures Of The Coral Way Gang: The Mystery Of The Forbidden Cave

▼▲
Nestled in a small town in the mountains. Six neighborhood kids known as "The Coral Way Gang," set out on a journey that no one intended to take, but God had other plans. Due to a challenge between two of the kids, they discover a secret within a mysterious forbidden cave that will forever change their lives. The Gang travels to a strange land where they meet "The Guide" who explains what they must do in order to return back home. They must find the "Shadow of the Lamb." With only an ancient parchment that contains instructions and a scarlet stone, they begin their journey. Throughout this first adventure, Annie struggles with not being able to trust others. She discovers that she has been given a unique gift, but no one believes her. Will Annie learn to trust in God even when others let her down? Kim Kuykendoll was born in Dayton, Ohio. She grew up in Mason, Ohio with her parents and two older brothers, where creativity was encouraged and in abundance. After meeting her husband Ralph, they were blessed with three daughters. As a stay at home mom, she became very active in her church as an administrator for the children's ministry. Working first hand with young children, she was able to tap into their creative side and brought out an imagination that was both fascinating and knowledgeable. This was when she conceived the idea for a children's adventure book series known as "The Adventures of the Coral Way Gang." She works full time now as well as continuing to write the further adventures of the Coral Way Gang. She and her husband reside in Ohio with their grown daughters and are also the proud grandparents of five grandchildren.

▼▲
I'm the author/artist and I want to review The Adventures Of The Coral Way Gang: The Mystery Of The Forbidden Cave.
Back