We are OPEN and SHIPPING - click here for shipping estimates
The Adventures of Alfred in Mom, I'm Growing Up Now: Decision Making
By: Gail Wright 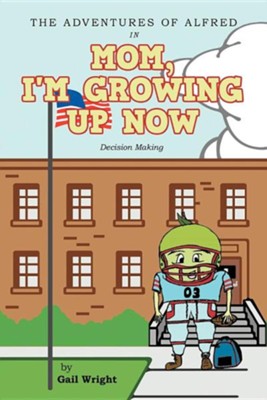 The Adventures of Alfred in Mom, I'm Growing Up Now: Decision Making

Alfred has a birthday coming soon. He thinks he is ready to take on some other responsibilities now that he is growing up. He also hopes he can show his parents he can handle responsibilities. He wants to make his own decisions about music, video games, and television shows.

He also wants to ask his parents about getting back on the football team. He has had behavior problems at school in the past. However, his teachers agree that he has improved. Now he wants a chance to prove it to his parents, because they think the additional responsibility might be too much for Alfred. They know that he can be forgetful when it comes to his homework, and they have to state the rule of homework before play.

Alfred learns how to recognize good and bad choices and how to ask for help when he needs it as he discovers if he is really ready to grow up. He will learn that responsibility and accountability come with growing up.

▼▲
I'm the author/artist and I want to review The Adventures of Alfred in Mom, I'm Growing Up Now: Decision Making.
Back
×