Adult Faith: Growing in Wisdom and Understanding
By: Diarmuid O'Murchu 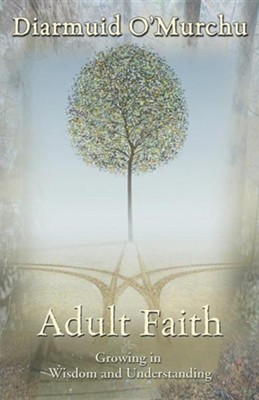 ▼▲
This relatively new culture of the adult faith-seeker originated in the closing decades of the twentieth century as developmental psychology highlighted the changing nature of growth and maturity at different life-stages. Accompanied by the information explosion, adult people particularly began to ask questions for which they sought adult answers. The co-dependency of earlier times, expecting adults to simply accept what religious authorities taught, is alien to adult religious maturity. Adult faith has arrived at a new threshold, requiring novel approaches and strategies in the religious development of adult people.

Diarmuid O'Murchu charts this evolutionary development, highlighting dimensions of conventional religion which no longer inspire or offer hope, along with those that nurture and mature, and sheds new light on the spiritual horizons which contemporary adults seek to embrace.

The result is a path-breaking book that empowers adult faith-seekers to confidently grow in wisdom and in grace, and that enables the church to use its resources to strengthen the faith of its people at a time of great change in how people think about religion.

▼▲
I'm the author/artist and I want to review Adult Faith: Growing in Wisdom and Understanding.
Back
×